One of our fellow researchers, Armando Zumaya, just wrote a very nice piece for the March 23rd issue of the Chronicle of Philanthropy.  Realizing that not everyone might have subscriber access to the Chronicle, below is Armando's article.  For those of you who do subscribe, here's the link and please comment on the article.  Thanks to Armando for sharing this with us!

By Armando Zumaya
When I started out in fundraising several decades ago, I learned how to do a balancing act to make it on time when visiting a donor in a new city. I became skilled at driving rental cars, reading maps, and avoiding hitting pedestrians all at the same time.
These days fundraisers on business trips always take a GPS to guide them to their destinations.
But they wouldn’t think twice about doing the equivalent of stuffing the GPS in the glove compartment when it comes to finding donors: In too many fundraising offices, the people who can help us find the most lucrative sources of reliable donations are tucked away in the lowest spots on the organizational chart and often are not given opportunities to interact with the development officers they need to collaborate with, guide, and influence.
For front-line fundraisers, it’s like driving around town in circles.
When people in the development office see front-line fundraisers and prospect researchers as different types of staff members, they make a mistake. Even worse, some people don’t even think of researchers as fundraisers. They have missed an essential point: When front-line fundraisers work closely with prospect researchers, far more money flows into an organization. Prospect researchers not only identify new donors who can give big but also know that many supporters are capable of giving much more than they do.
It’s time to change this situation and start valuing the person who finds a potential gift with the same kind of compensation, stature, and leadership opportunities as the person who asks for the money.
If a prospect researcher identifies a person who gives $5-million, credit for that gift should go to the researcher at least as much as to the major-gift fundraiser. That’s often not easy for fundraising offices. But it’s possible to create a system that can monitor just how much money flows into an institution from people the researcher found out about. Salaries, performance bonuses, and other rewards should flow from such a tracking system.
It’s not just the computers that need to be programmed to provide proper credit. Front-line fundraisers should always be willing to offer praise for their partnership with a researcher who helped in landing a big gift.
Chief development officers would also benefit from relying more heavily on researchers for advice and demonstrating to the entire office how much they value them. Advice from, and even debates with, my prospect researcher has helped me raise millions of dollars.
When I have been in leadership roles, I have often found that the best people to give impartial, data-driven advice on any topic are those in prospect research and management. They can tell me where the strengths and weaknesses are in the way the organization is attracting money from foundations, individuals, and corporations.
That’s why every senior fundraising official would be wise to meet more regularly with researchers to find out what they are learning and give them some say in which fundraisers should be working with which potential big donors.
Too often, opportunities for attracting new donors have died quiet deaths on a front-line fundraiser’s desk. We all need to do better in deciding where to invest the time of front-line officers. Relying on a researcher’s analysis of who has the most potential to give the most is the best way to do that.
What’s more, researchers also often know which front-line fundraisers are doing a great job of building ties with potential donors or squandering opportunities with a poor approach.
When I am assisted by a strong researcher, I am totally prepared for a first visit with a person who has the potential to give big sums. So often the prospective supporter tells me, “You have done your research,” which means I am talking about what that person cares about.
But it’s not just front-line fundraisers and top development officials who need to change. Prospect researchers themselves need to learn to step up to the challenge and speak out for themselves more often and more loudly. By the nature of their work, prospect researchers like to be behind the scenes. But they must develop strong relationships with everyone in the development office and speak up at meetings and other settings where they can influence their peers.
In today’s economy, in which fundraisers already have to work harder than ever to attract gifts, we need to recognize the full value of every professional in the development office. We need to create an environment in which everyone is held accountable and everyone is recognized for the dollars he or she helped bring in.
Don’t leave out the people who know the directions to the destinations with the most money for your nonprofit: the prospect researchers.
Armando Zumaya is vice president for fund development at Bridge Housing, in San Francisco. 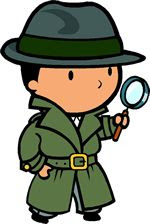